The best mobile phones for the elderly

The Facts About Smart TVs

The Best Tablets For Students 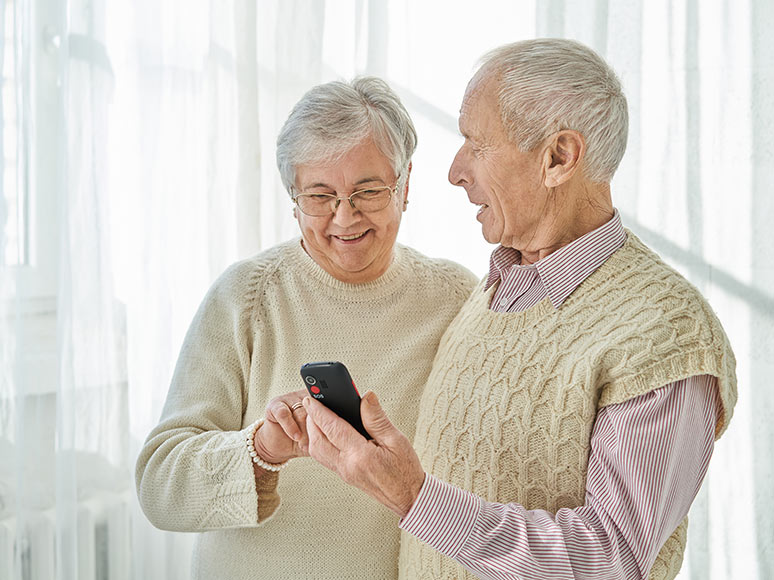 The mobile phones industry has had immense growth over the past few years. According to Statista, in 2010 296.55 million phones were sold worldwide, and this number drastically increased. 2020 registered more than 1,378 million units sold. This trend is likely to continue and further increase in the years to come. From 2022 to 2027, The Global Smartphone Market is expected to grow by 4% during the forecast period.

Smartphones are the main item sold. However, the truth is that there is still a portion of the demographic that still seeks and prefers button phones. Because the mobile phone market revolution happened so fast, some people didn’t have the time and opportunity to keep up with the successive and speedy changes. For the elderly, for example, it’s hard to move on from a practical and straightforward button phone to a way more complex and packed with applications smartphone.

Today’s article will discuss the best mobile phone for the elderly and why button phones respond perfectly to all their needs. We’re also taking a trip to the phone’s history and discussing all the essential features for seniors.

The senior generations have experienced a tremendous change in communication with the rise of digital technology. The first mobile was invented in 1984 by Martin Cooper, and it weighed over a kilogram! Later, in 2008, the first android mobile was released, but the smartphone we know today was introduced in 2007 by Steve Jobs.

This means that in the last 25 years, the mobile phone has had various stone moments: from its birth, becoming smaller and lighter, being produced to the masses, the first appearance of the smartphone, the delivery of multiple brands, to what we know today.

Smartphones are getting cheaper, faster, and have more space for all the applications. Nowadays, phones have a better image and sound quality to watch various streaming services, better gaming response, and many more benefits. However, does any of this matter to the elderly?

Considering all of this, our elderly generation has worked with button phones for over 20 years, so commonly this is the go-to design when searching for a new mobile. Because, long story short, most elderly just need a device to take and make phone calls and text message relatives and friends. They don’t need an expensive smartphone with a design they don’t get, a size they can’t carry, and apps they don’t use.

There are several advantages to button phones, such as the lower initial cost of the device, more privacy, and one of the most attractive features: a long-lasting battery. Here are some other button phones’ characteristics that the elderly love and actually need.

One of the worst disadvantages of smartphones is the short battery life. Although we have seen an increase in battery life in recent years, what we have today it’s still insufficient. On the contrary, button phones have very long-lasting batteries.

Consumers miss the resistance of old phones. Long were the days when if a phone dropped the expectation was that it would be exactly as it was before, with no scratches and no worries. The Nokia 3310 was a great example of a market preference in the early 2000s and still to this day is considered an iconic device.

Nowadays, every time we accidentally drop our phone, we wonder how damaged it will be, how much the fixing will cost, and whether it pays to have it fixed instead of buying a new one right away, which means a purchase of hundreds of euros. But not with button phones – they are resistant, durable, strong, robust, solid, and secure. If a button phone drops, you have nothing to worry about – it’s probably fine.

Practical and easy to use

No argument can beat the fact that button phones are the easiest, most accessible, and practical to use for seniors. There’s no need to scroll, open folders, or do extra steps for a simple phone call or text message to family and friends. What to see it’s what you get, and for the elderly, nothing can beat that.

For seniors, assistance needs to be just one button away. If a fall happens or any medical issue occurs, the elderly shouldn’t need to worry about unlocking the phone, entering the secret code, or any unnecessary actions. That’s why ESTAR, as a manufacturer of senior phones, was only looking to add useful features to its phones. The SOS button was considered to be a rather important feature for the elderly since even such a small detail could make a difference in elderly lives and safety.

As a manufacturer of senior phones eSTAR only looks for useful features for seniors in this case the SOS button. Even such a small decision could make a difference in elderly lives and safety.

Senior mobiles have the most simple and minimalistic designs, however, the creation of its design is anything similar to simple.
eStar is a brand that cares about customer needs and tailors each phone considering the features that seniors prefer. Some of them prefer to have an iconic flip phone since they feel safer that the buttons are protected and there will be no unexpected calls being made from their pocket.

Some users prefer to have very big buttons so they don’t need to worry about pressing the wrong number or even some users believe the most important thing is the overall size of the phone which is big enough to avoid the device to slip from the hands.

The structure of phones for seniors, as seen, was carefully taken into consideration by eStar, not only the referred dimensions but also the rubberized surface and metal phone housing that will provide durability.

Seniors are a part of the market that also enjoys technology, the easiness of communicating with family, and the security of reaching help in case they need are indeed parameters these users want to see on their devices, and eSTAR does not take these preferences lightly.

For instance, one of the essential features that eStar was eager to include in its phone options was the SOS button since it can really make a difference in a timely response from the medical assistance team.

Other considerations took place to provide all the necessary options to our seniors, for example, the technological solution to pair the phone with the hearing aid or simply having a charging cradle instead of the standard charging cable.

So get to know our button phones on a deeper level on our website www.estar.eu and in case of any questions we are always open for a discussion, so just let us know!